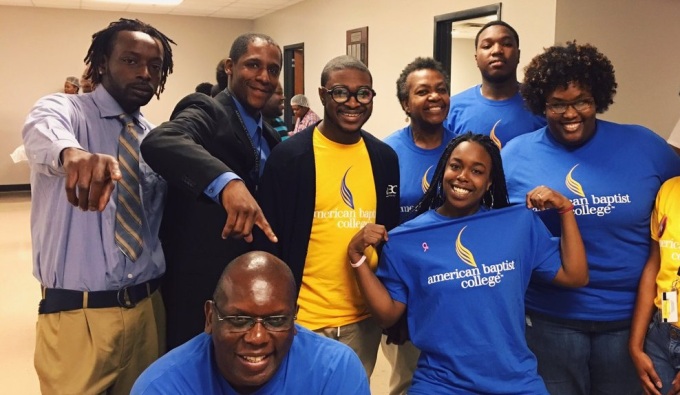 It is time to bid farewell to our HBCU brethren of Missouri and begin our exciting trek through the state of Tennessee.  Tennessee was once the western territory of the state of North Carolina, until the land was ceded to the federal government in 1789, at which time it became a part of the Southwest Territory.  Enslaved peoples first entered what is now Tennessee in the mid 1700’s.  Some freedmen arrived as well.  Enslaved peoples were subject to the usual restrictions particular to chattel slavery: No right to marry, own property, bear arms, or be educated.  Freedmen enjoyed slightly more flexibility, but their movements were highly controlled and scrutinized.  They were also required to keep legal documents demonstrating their free status at all times.  Despite adherence to these laws, freedmen were always under threat of being illegally captured and sold back into slavery, with almost no recourse.  In 1831 the Tennessee government mandated that all free Black residents be deported, while prohibiting free Blacks in other states from entering Tennessee.  An 1834 Constitutional Convention further stripped legislators of any power to emancipate enslaved Blacks without the owners’ consent.  Our next institution was forged in this social and political backdrop, but a full appreciation for its existence requires the acknowledgment of its predecessor, Roger Williams University.

In 1866 the American Baptist Home Mission Society established the Nashville Normal and Theological Institute to train Black teachers and ministers.  In 1874 the institute managed to raise $30,000 to purchase a 28-acre site near Hillsboro Pike in Nashville, directly across the street from Vanderbilt University.  The school experienced considerable growth through the 1890’s, but so did the surrounding neighborhood.  Local White residents were averse to the idea of a Black school in their community, and land developers interested in the land applied increasing pressure for the school to sell.  At one point, developers offered the school $150,000, but they refused.  In 1905 two “suspicious” fires devastated the school and forced them to close.  The remaining students were transferred to Morehouse College (another resplendent HBCU), and the land was sold or donated.  The sold portion of the land was purchased by developers posing as a Christian missionary agency which subsequently implemented a restrictive covenant prohibiting Blacks from living on the land.  The donated portion of the land was given to the George Peabody School for Teachers, the current site of the Peabody College of Vanderbilt University. In response, the Negro Baptist Association of Tennessee formed the Tennessee Missionary and Education Association and raised $10,000 to purchase a new campus.  While Roger Williams University would eventually close and merge with Howe Institute (now LeMoyne-Owen in Memphis), this new location would nurture the development of the next school on our journey.

The two organizations eventually chose Memphis as the school’s location and began holding classes there in 1916.  The school was called the American Baptist Theological Seminary.  Meanwhile in Nashville, Roger Williams University had reopened at a new location after the suspicious fires destroyed their old one, and they invited the school in Memphis to operate independently on its campus in 1918.  Roger Williams University eventually relocated to Memphis in 1929, and the seminary subsequently bought the property when it became available in 1934.  The National Baptist Convention and the Southern Baptist Convention financed and operated the college in a 50/50 collaboration until 1996, when the Southern Baptist Convention withdrew its support and relinquished their stake and responsibility to the board of American Baptist College.

While American Baptist has consistently been a small college, they have historically demonstrated outsized passion for and commitment to the pursuit of justice.  During the Civil Rights movement, American Baptist College was the epicenter of activism, inspiring students and local residents to work to dismantle the oppressive and discriminatory laws and practices of the time.  American Baptist College was not merely a detached, conceptual source of inspiration, but rather demonstrated its tangible impact by serving as a central organizing entity for marches, sit-ins, training, and all manner of activist undertakings.  The college has produced a litany of impactful and notable leaders, all toiling tirelessly to advance the cause of justice, equity and equality.  One such example is Dr. Bernard Lafayette, who helped lead and organize the Nashville sit-ins, Freedom Rides, and the march on Selma.  He was brutally beaten or arrested 27 times for his unrelenting, non-violent attempts to demand justice.  American Baptist College also produced long-time activist C.T. Vivian, who led 5000 protestors to confront Nashville Mayor Ben West, who subsequently and publicly admitted to the moral and ethical deficiency of racial discrimination.  Vivian contributed to numerous social justice campaigns and started a college preparatory program called Vision, which eventually became Upward Bound.  One of the college’s most notable alumni is Congressman John Lewis, who is known for his active engagement in Congress, as well as for his innumerable contributions to the Civil Rights movement and the battle for human justice overall.

Over the years many have asked how an institution so small in number managed to initiate and implement actions that have had such an enormous impact on American society.  The reasons are many, but can be summarized by remarks of the college President, Dr. Forrest Harris:

“We re-light the flame that GOD brought to promise when GOD created every person in GOD’s own image.  And that light ought never be suppressed or made not to glow simply because there are not enough resources and a commitment to help those students come into their brilliance. That’s what American Baptist College does.  We light the flame that lasts forever in the lives of people, who light that flame in their communities; and their communities light that flame in a city, and a city ought to light that flame for the nation.”

There are almost no words to adequately describe how special HBCU’s are.  Alumni recognize that.  It is my hope to highlight the magic that is HBCU’s so as to increase alumni giving, enrollment, and external financial investment.  For more information on ways to contribute, please visit